Construction works at Cybarco’s ambitious project, Trilogy Limassol Seafront, are in full swing and progressing according to schedule. The concrete foundations of the West Tower were poured on Friday 20 September 2019.

Over 130 people worked on the construction of the West Tower foundation; an endeavour which took approximately 24 hours, with over 2,500m³ of concrete specifically designed for the towers. In total, 4 placing pumps were used for 300 loads of concrete. For the foundation, over 700 tonnes of reinforcement were also laid out across 8 layers, while over 350 test cubes were taken, and more than 100 slump tests completed. Additional checks took place during trial phases and throughout the duration of recent works.

It is anticipated that the concrete foundations of the East Tower will also be built by the end of 2019, with waterproofing now completed and work on foundation reinforcements underway. Work on the second phase of construction is also in progress, including underground parking and the construction of the North Tower.

Τhe West Tower and the East Tower will be completed at the beginning of 2022. Sales and reservations for Trilogy’s apartments and offices have already exceeded €140 million. 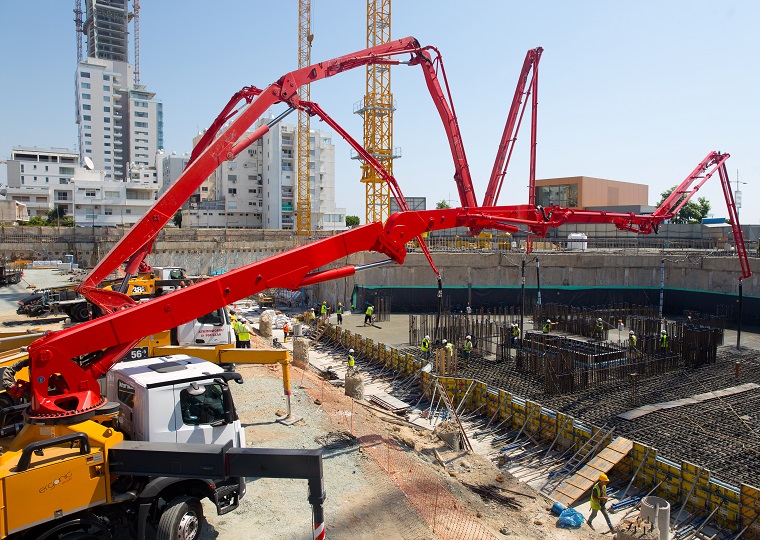 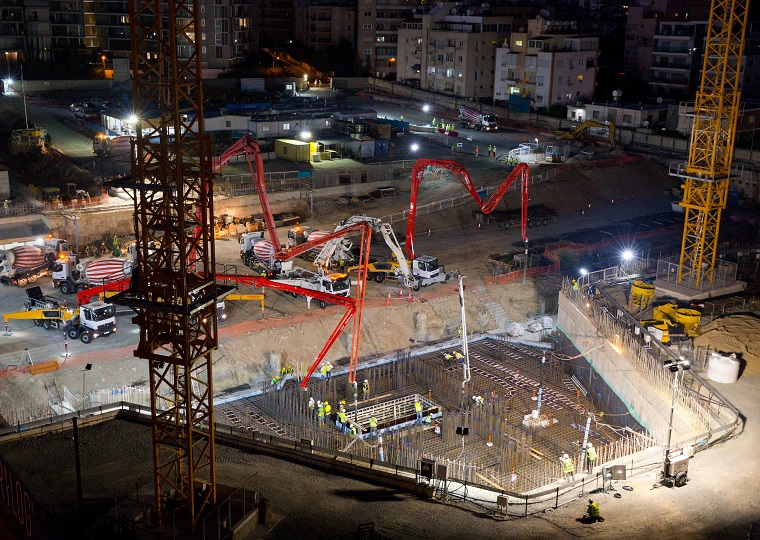 Our mobile version is optimized for portrait view only.

please submit your details below